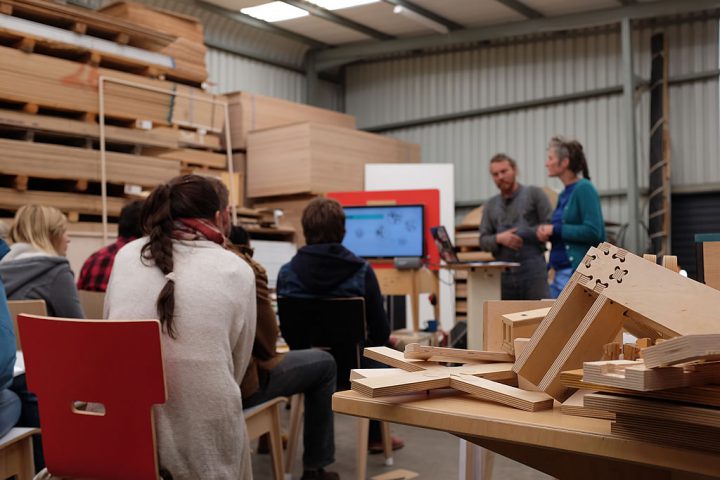 In mid-July, Raw Studios hosted a week long collaborative workshop with twelve students from the University of Pretoria. The brief focused on the design solutions for the typology, “Micro-housing”, using Raw Studio’s signature technology: CNC cutting and jointing of birch plywood into designed ergonomic systems. 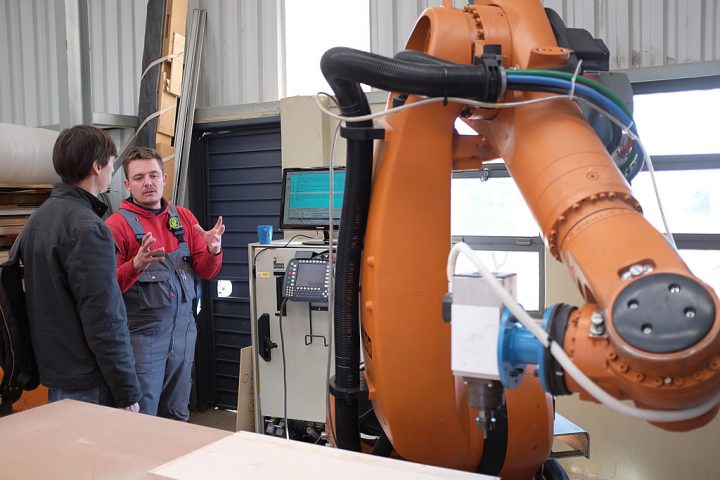 The goal of the workshop is to expose young designers to the practice of prototyping and hands-on engagement, guided by pioneers in the field It is Raw’s intention to expand this approach to include professional architects and designers alike, encouraging prototype-making as an innovative form of the design process. 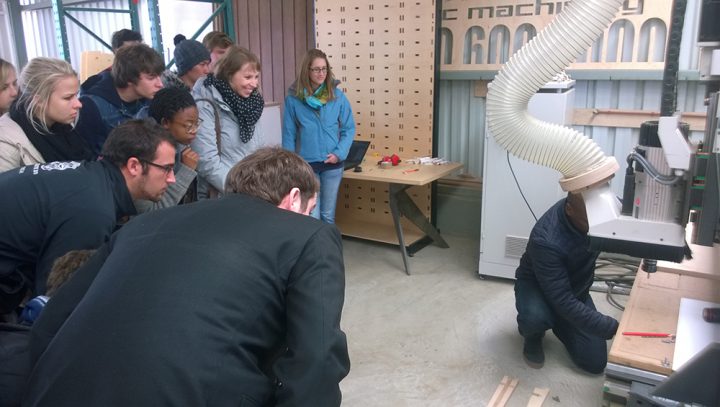 The students of the interior design and architecture programmes worked in groups under guidance from Peet van Straaten (Raw), Thys Kotze (Raw) and Bafana Mazibuko (Raw), European micro-living designers, the Mobiators, Geert Hutsebaut and Calanne Moroney, and University of Pretoria lecturers, Elana Van der Watt and Johan Swart. Students participated in the workshop voluntarily, resulting in a cross-sectional group of dedicated and determined individuals. They spent three weekdays in the studio, with the rest of the time at the workshop in Boschkop, camping a couple of nights on site. 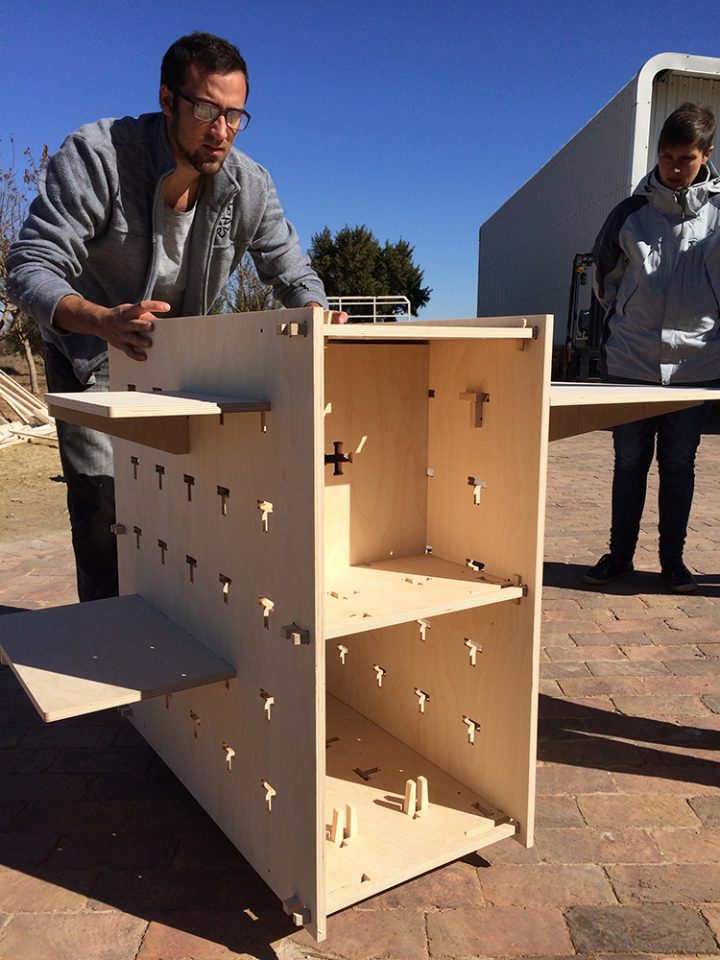 The workshop briefing day consisted of a series of inspiring, informative talks, from Raw Studios and from the Mobiators. Raw presented an outline of the studio’s work, the mind-set of designing for flexibility, CNC technology, material, optimised detailing, followed by a surprisingly enthralling demonstration of CNC cutting. 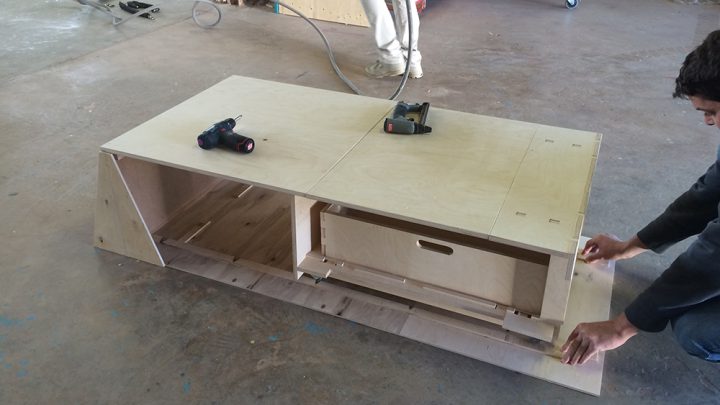 The Mobiators spoke of their own micro-house experiences in the Netherlands, and the growing societal awareness and need for de-cluttering, downsizing and self-sufficiency. They gave insight into the lifestyle it offered, the benefits of living “micro” and the shortcomings they experienced and predicted. 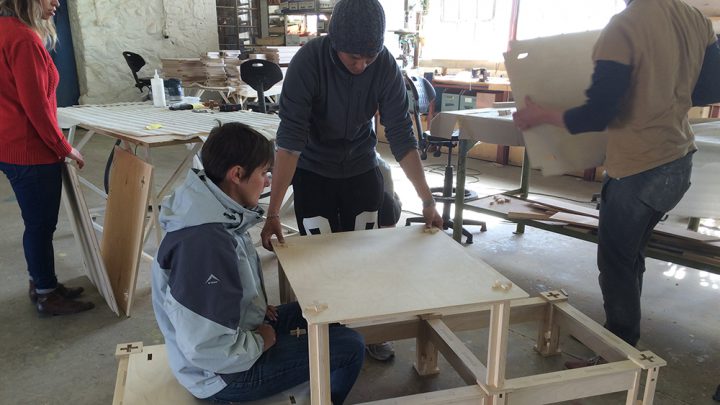 In three groups of four, the students devised an approach to the interior of a micro-house, and a proposed solution to investigate. Over the course of the week, they worked towards a tangible detail/section of the proposal. This resulted in three diverse pieces of research – a storage floor system for a three-sectioned table, a single bed/double bed storage solution, and a free-standing multiple configuration piece. All three proposals dealt with storage, flexibility and maximising small spaces by layering and interlocking of functions. By the end of the week, all three groups had produced drawings, maquettes using cardboard or laser-cut 4mm plywood and fabricated sections of their proposal using the CNC cutter. 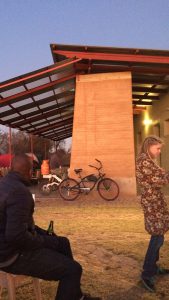 The work produced was impressive given the time and stimulated many intriguing discussions on the science of micro-living, realistic design solutions and lifestyle choices. It will be presented in the gallery at the Boukunde (architecture) department in September.

While the workshop was undoubtedly a valuable experience for the students involved, it was equally stimulating for Peet van Straaten and his micro-living enthusiasts from Europe, currently staying in Boschkop to collaborate on the development of a Raw micro-house product. The week provided much food for thought and instigated the launch of an interesting design process, as well as a new, scaled-up direction for Raw Studios. 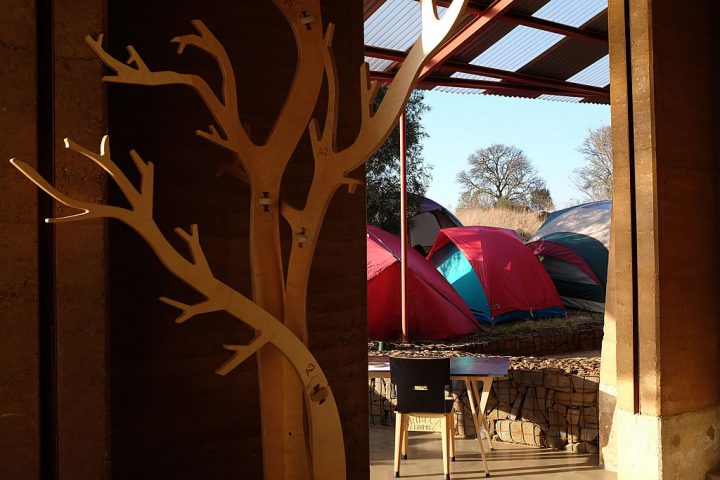